A downloadable game for Windows and Linux

"That was close, they were right behind me. I can’t stop now, I must make it to the city before sundown. It’s our only chance.

They said if I can find all the beacons I could activate the gate to the city."

If it were only that easy...

Will you be able to Reach Xylanthia?

A very nice short game. I liked the story line, the little adventure and the fact that there was a task a to be completed but while listening to the background noise, I felt I had to keep looking behind.

This could possibly be the start to a larger project as the overall game play is somewhat different to the standard games you get. Great work.

Thanks a ton, I really appreciate the feedback and thank you for taking the time to play it!

We'll definitely consider iterating this to polish it a tad more and expand the world and mechanics a bit to make it more engaging.

Now this game was... Perhaps some would call it special or maybe different... I must admit, innocent little me went in to this game, having only read the introduction, not having looked at the pictures or tags that clearly state: "Survival Horror", thinking this would be another relaxing walking simulator where I would have to walk around, explore the scenery and find a little harmless generator here and there... Oh boy, was I wrong. The: "I better watch my back" line sure was useful when you are not introduced to the threat for another 10 minutes, making me think it is just another tiny addon to the introduction. If you had asked me about the genre of the game throughout my gameplay, I would have gone much like this: "(Walking Simulator) Ahhh, so pretty, what a scenery!... (Threatening Walking Simulator?) Oh boy what is that strange sound I hear after turning off the second generator? I should watch my back? Haha sure thing!... (Straight Up Scary Walking Simulator!) What!? I triggered an alarm in this house somehow, that was kind of startling, better ge- Oh shit!! What the fuck was that!?!?... (Horror Game I Am Out Of Here!) Oh boy, here we go ag- Wait what is that whistling? is that a ma- Oh fuck, oh fuck, oh fuck, shit, fuck!!!... (INTENSLY SCARY GAME MY DUDES) What the fuck, What the fuck, What the fuck, there is a fucking transformer chasing me!!!... (SHIIII JUST LET ME FINISH PLEASEEEE!) Run bitch, ruuunnn!!!!!!"

This game is like a cake with all flavors at once! It is like a kid mixed pizza, ice-cake and pepper, yet it somehow ended up tasting pretty fucking good, like What The Actual Fuck! The game builds up this calm and relaxing atmosphere, filled with soothing music, a red and beautiful sunset, shining over the gorgeous silver city of Xylanthia. But suddenly, your ears hear this odd little whistling sound, you get curious and turn to look where it comes from. And with your guard down, due to the tranquil atmosphere, a guard suddenly smacks the shit out of you with a loud alarm, followed up by several mechs chasing you the fuck down. LIKE WHAT THE FUCK!

Nah seriously, jokes aside... This game was actually really fun. I am used to horror games slowly building up a scary atmosphere to present the monster/enemy with a more heavy and impactful sequence (I have played a lot of horror games). But damn, subverting my expectations with at atmosphere like this... is... like... actually pretty god damn genius! Like shit, how come no one has ever really tried this before, that worked really well! (At least in this particular case). I am not sure why, but getting scared this way is actually both scary and fun at the same time, which is oddly enough a good combo!

Now for the real and constructive criticism. First off, when making such a massive an beautiful map, it is really a waste to not reward exploring. I can see how that can be difficult when you are being chased. Perhaps you could make it so that the enemies do not always walk for you, but stay and patrol an area. The map entices you explore, but leaves you with no reward. Not only is this a waste of good map-design, but you make a lot of players waste their time by going exploring needlessly. I am not talking some major game-changing find, more like some small nudges to the player, like a figurine (known or custom) or a funny easteregg. And then there is the map altitudes. The hills are very hard to climb, and the terrain is very rugged, making it hard to run and explore. Invisible barriers are fine when inclines are that steep, which means you could make the lesser inclines less tedious to traverse.

Despite these minor flaws, the game was really well made. The music is great, the graphics, art-style and map-design was definitely above average and the enemies are not too hard, but definitely not easy. Not only are they scary, but they are hard to spot, forcing you to take care and listen for the sound ques (at least for the small ones), which is a great gameplay mechanic. I would rate this game 5/5 despite my criticism, as I had a lot of fun playing it! Great work!

Firstly, I must say I thoroughly enjoyed reading over your review! (And watching the video) Thank you for taking the time to play the game.

What you describe was exactly the experience that I had while designing it. It was sort of a happy accident. What started off as a nice peaceful exploration game suddenly changed once we added the mechs and the sound effects while experimenting with some twists and - MY GOD - the laughs and scares that followed made us feel like we definitely had something fun in our hands. I'm very glad you got to experience some of that too!

Really appreciate the feedback and you're spot-on. Will definitely take it to heart and implement more rewards for exploration as players walk around the map.

Wauw that is pretty cool :D, and thanks for watching and taking my criticism to heart (not that you have to act on it, but it is nice when game developers take time to listen to player impressions and experiences). If you make a major update I would love to give it another playthrough and perhaps make another vidio on it (If school is not to tight). But tanks again! Looking forward to your future updates and releases. If you ever need another review on a game before release, I would be happy to do one! 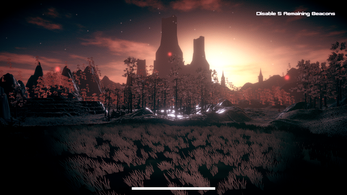 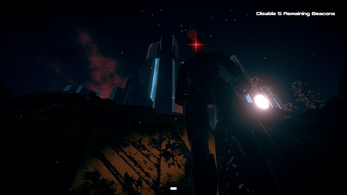 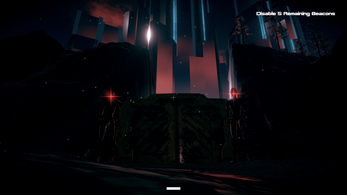 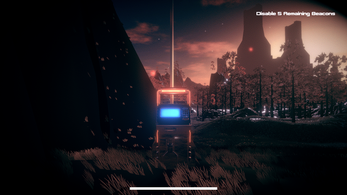 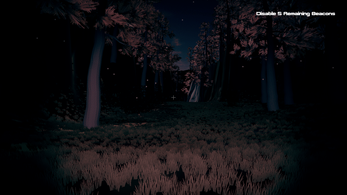